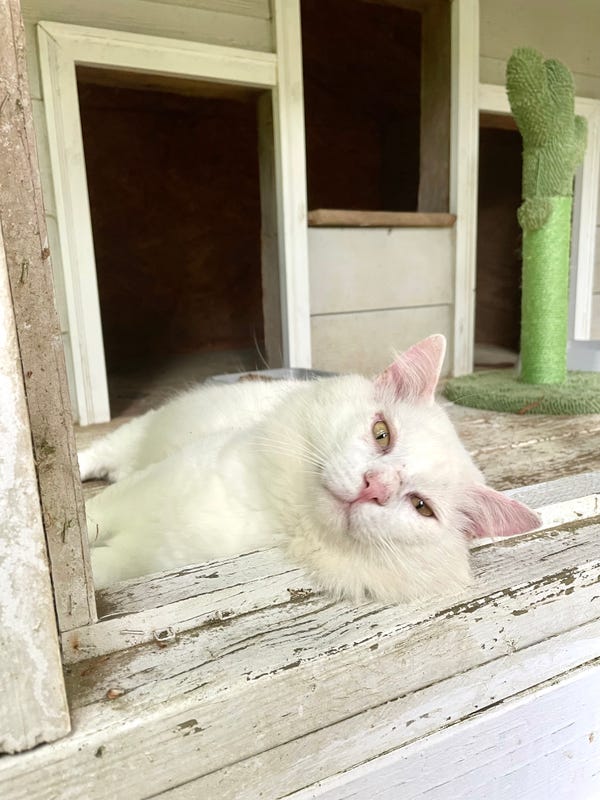 A woman raised almost $10,000 thanks to hundreds of thousands of TikTok users who started following her after she posted videos about two stray cats she found in her new home.

After one of her videos went hugely viral, receiving 16.7 million views, she told Insider people began sending gifts to support the animals, giving her around $1,000 of cat food she would not otherwise have been able to afford. (Insider was not able to independently verify this figure.)

Julia Davis, 24, previously posted TikTok content promoting her side business, a directory for small businesses that allows people to sell their own products. She had around 134,000 TikTok followers on June 1, according to analytics tracker SocialBlade, but she had gained around 400,000 by the end of the month as she continued to post content about the two cats. Davis now has 626,000 followers on the app.

“It’s hard to put into words the amount of care that people have for these creatures that they’ve only seen through a phone screen,” Davis told Insider.

Davis said she receives gifts from viewers through an Amazon Wishlist she has shared with them, where she makes requests for food and toys that the cats need, and she also set up a GoFundMe page that has received $9,450 in donations towards vet and dental care fees so far.

It all began when Davis was moving from Tuscaloosa, Alabama, to the nearby city of Birmingham in mid-June, and noticed a scruffy white cat hanging around in the backyard as she was moving her belongings into her new home.

She decided to film the cat and posted the video on TikTok on May 31, hoping to find its owner.

“So I’m moving into a new house, and I figured out that the house I’m moving into literally came with a cat,” Davis said in the clip, as she approached a small chicken coop where a small white cat was sitting. Davis noted that the cat looked like it hadn’t been brushed in a while, and had cuts on its ears.

She asked viewers to comment on the video with suggestions for a new name for the abandoned cat, and many of her 100,000 commenters urged her to keep them updated on the cat’s progress.

Davis told Insider she eventually decided to name the cat Cooper, sometimes shortening the name to Coop Kitty, as it was a popular suggestion from her comments section and an homage to the chicken coop she first found him in. “When I started taking care of him, I kind of fell head over heels in love with this guy,” she said.

A few days later, Davis posted another TikTok with an on-screen caption that read, “Another Coop Kitty?” where she said she noticed a black cat sitting on the roof of the chicken coop, who also looked to be in poor health. The video currently has 2.3 million views.

Davis told Insider she decided to care for him too, and named him Rufus, since she found him on the roof of the chicken coop.

The TikToker has since been posting videos about the two cats, often titled “Coop and Roof Update,” where she has filmed herself taking the animals to the vet and caring for them.

Davis told Insider she plans to keep posting updates about the cats for as long as her viewers are interested, and said she feels her videos have helped to bring together a community of cat lovers.

“I honestly like to say these cats belong to all of us. Everyone who watches my videos has played a part in their care. It’s been a massive group effort that’s restored my faith in humanity,” Davis told Insider.

“These cats have a better life than they had before with the help of a community of online strangers. I think that’s really awesome,” she said.

For more stories like this, check out coverage from Insider’s Digital Culture team here.

What’s Trending in Treats for All Life Stages

Superpowers Cats Are Thankful For