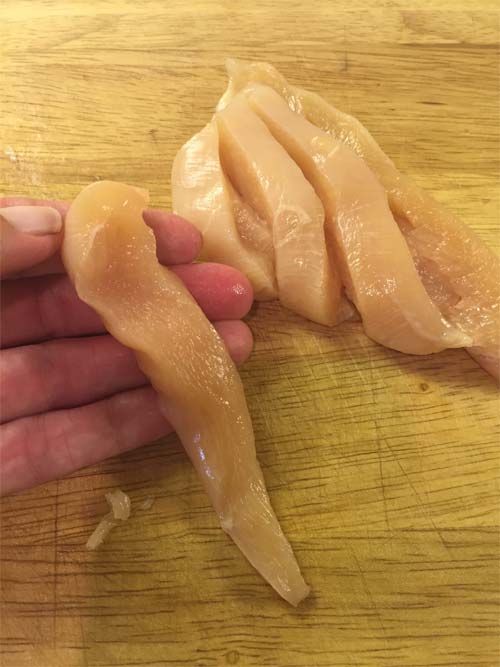 Jerky pet treats are a huge hit with most dogs and cats, but for many years, I’ve encouraged pet parents to make their own because unfortunately, the ultraprocessed pet food industry and its FDA “overseers” have a poor track record when it comes to the safety of these products.

As an example, at the end of 2018, Food Safety News published a post on the tainted jerky treats from China fiasco I’ve written several articles about over the years. As the author of the post notes:

“More than 10 years after the first reports of pet and people illnesses linked to jerky treats from China, the U.S. Food and Drug Administration is no closer to finding the root cause of the problem.”1

From August 2007 through the end of 2015, the number of reports of illness linked to the treats included more than 6,200 dogs, 26 cats, and three people. More than 1,140 of the dogs didn’t survive their illness.

Lowlights From a Decade-Long Investigation

According to Food Safety News, per Dr. Lee Anne Palmer of the FDA’s Center for Veterinary Medicine (CVM), since 2007 the FDA has received reports of pet illness related to jerky treats from all 50 states in the U.S., most Canadian provinces, and several other countries, including Germany, the United Kingdom, Singapore, and Switzerland.

Some other items of note from Palmer’s summary of the FDA’s investigation that haven’t been widely reported:

While the FDA, to my knowledge, still hasn’t discovered precisely why the jerky treats made so many pets sick, the various investigations into the situation revealed a number of contaminants, resulting in recalls or import alerts. These included salmonella, antiviral and antibiotic drug residues, traces of melamine, excessive levels of glycerin, and mislabeling.

With regard to recalls of the jerky treats, in early 2013, several brands of suspect treats were voluntarily pulled from store shelves by manufacturers, but reappeared a year later.

The FDA’s Investigation Has Ended, but Has the Problem?

According to Food Safety News, thanks to the cumulative effect of recalls and import alerts, reports of pet illness linked to jerky treats has significantly declined over time. The FDA is refocusing its investigative resources elsewhere and expects to produce a final summary of the investigation at a future date.

However, as recently as 2018, pet food consumer advocate Susan Thixton reported that jerky dog treats imported from China “… are sickening and killing pets again.” Her website, TruthAboutPetFood.com “… has received multiple complaints over the past couple of months.”2

The reports Susan received from pet parents indicated their dogs were being diagnosed with Fanconi syndrome — the same kidney-related condition linked to Chinese jerky treats since 2007.

In 2020, Susan reported that import records showed that in just one six-week period (4/1/20 through 5/15/20), the U.S. (and minimally, Canada) received 7,072,807 lbs. of “pet chews” from China. The import classification of “pet chews” appears to be mainly jerky treats, with some jerky and rawhide combination treats.3

It’s unknown if the FDA continues to receive reports of pet illnesses and deaths linked to Chinese jerky treats, however, per Susan, today her site continues to receive about one consumer complaint regarding these treats per month. The most recent complaints are identical to the years of complaints linked to chicken jerky treats from China, including gastrointestinal (GI) issues and kidney disease (Fanconi syndrome).4

Play It Safe: Skip Store-Bought Jerky Treats. Make Your Own

Fifteen years is far too long for a tragic situation like this to drag on, with no real resolution. Thousands of pets and their heartbroken families have paid a heavy price. If you’re a pet parent, I can’t encourage you strongly enough not to buy or feed commercial chicken jerky treats, chicken tenders, chicken strips or chicken treats made in China to your pet. Buy only food and treats sourced and made entirely in the U.S.

Better yet why risk your pet’s health with store-bought treats when it’s so simple to make homemade chicken jerky treats in your own kitchen? All you need is a basic dehydrator and a package of free-range organic chicken breasts to make all-natural, entirely safe chicken jerky treats your pets will love.

3. Reduce temperature to 120°F for another four hours or until meat is thoroughly dry

4. Store in the refrigerator for up to 3 weeks

Pet treats you make in your own kitchen include ingredients you hand pick. In this case, free-range chicken is the only ingredient necessary.

Chicken meat is an excellent source of protein and contains all the B vitamins along with minerals like selenium. Other nutrients in chicken include zinc, copper, phosphorous, magnesium and iron, along with sulfur-containing amino acids like cysteine, which help thin mucus in the lungs so it’s easier to discharge.

If you’re looking for more homemade pet treat recipes, check out my free e-cookbook, Homemade Treats for Healthy Pets: Nutritious Recipes for Your Cats and Dogs. This e-book is filled with homemade dog and cat food ideas, which are personally formulated by my mom and me, and that I’m sure your pets will love. Over 20 species-appropriate recipes — crunchy morsels, savory treats, and even pet-friendly desserts — are included for your cats and dogs.