If you enjoy seeing and hearing frogs and toads, you’ll soon have the opportunity to watch new videos of the lives of these Pennsylvania creatures as part of Frog Week.

Aaron Capouellez, 26, of Cambria County, is the president and founder of PA Woods and Forests, a group aimed at education and conservation of amphibians, reptiles and carnivorous plants.

His team has created an event called Frog Week, which starts Monday. They will be showing a dozen videos online of the native frogs and toads that come out from late February to July. Frog Week will feature wood frogs, American toads, gray tree frogs, and pickerel frogs.

“There are a lot of cool things people will get a chance to see and how these different places are making an impact,” Capouellez said.

Starting Aug. 15, the organization will celebrate Conservation Week by highlighting and promoting different businesses, nonprofits and individuals who are making a difference in the environment. This project will highlight how these different groups are focusing on conservation from international and national conservation to backyard conservation.

“It’s my way of giving back to a lot of these places to do these events,” Capouellez said about videos with frog walks, nature hikes and a millipede roundup.

Capouellez is a second-semester graduate student studying biology at Indiana University of Pennsylvania with a focus on herpetology, the study of amphibians and reptiles. His thesis will be on frogs and toads.

He started the PA Woods and Forest website in 2019 to “create a platform for animals around the state and other creatures that were deemed repulsive or they were viewed as not important. … There’s not a lot of concern for those creatures, let alone the carnivorous plants and invertebrates, and I wanted to create a platform where I could educate and entertain the public about these creatures.”

What you need to know:Expert offers advice on snake encounters

He’s in the process of making his cause a licensed nonprofit in Pennsylvania.

He works with five board members and six volunteers. “We’re not stationary or held down to one location, and that really benefits the animals because we’re able to work with places like the Somerset County Conservancy and the Shade Creek Watershed Association and others to magnify what they’re doing in conservation,” he said about projects like trail maintenance, invasive species and habitat creation.

He held a frog walk at the Somerset County Conservancy property on July 16 that drew 37 participants.

Jeff Payne, president of the conservancy, said Capouellez’s interest in amphibians has been a nice addition to their organization. “Aaron did a lot of talking about the life-cycle and some of the unique things about certain species of frogs. It was really interesting.

Understanding turtles:Did you know turtles can live to be 100? Insights on turtles found in Pennsylvania

“Herps, amphibians and reptiles are an important part of the entire ecosystem. Amphibians in particular, some of them are actually in a little bit of trouble for varying reasons. If people can get out and actually see and learn about and appreciate, people will be more careful about preserving the remaining wetland habitats that we have that are so important for their life cycle.”

PA Woods and Forests also provide tours and events to highlight aquatic life like frogs and millipedes to show the work that these nonprofits are doing. “We have a nonprofit that is collaborating and magnifying the process of conservation,” Capouellez said.

The immediate focus is the six counties of Cambria, Somerset, Westmoreland, Indiana, Centre and Bedford. “We’re very focused on central and western Pennsylvania to work with nonprofits, to work with private landowners and, if the opportunity presents itself, to work with conservation districts and other groups,” Capoullez said.

His group can provide amphibian surveys of the landscape as well as offer habitat improvements to attract frogs, toads, reptiles and pollinators.

“They’ve always been important to me,” he said about enjoying frogs and toads since he was a young boy watching them in a backyard pond. He worked in a plant nursery and was amazed at the American toads living around people. “From a young age I just began to respect them a lot, and as I got older I started to enjoy seeing them even more.”

He has a female American toad named Ace that he rescued from a plant nursery about seven years ago. “She was a big inspiration for me wanting to create PA Woods and Forests and do conservation for frogs and toads,” he said.

He believes frogs and toads are overlooked compared to birds, fish and game animals. “I found a unique niche. It’s something I’m very passionate about but it’s also something that is in unchartered waters,” he said.

The long-range goal for the organization is try to work with as many of the counties in the region as possible to create conservation projects, create habitat, do amphibian surveys and look for habitat for carnivorous plants.

He also wants to create a network of like-minded groups to improve the habitat across the state.

After graduation he would like to work for a nonprofit, agency or state where he’s able to do field work. “Additionally I would also like to see PA Woods and Forests succeed enough that maybe at some point it could become my job as well.”

Frogs, toads and you

• Is it a frog or toad? Toads have warts and take small hops where a frog has very smooth skin and can jump up to three feet. Frogs are usually found closer to water than toads.

• In the winter months, amphibians brumate, a form of hibernation, on the bottom of ponds and in dense forest cover.

• If you are looking to reduce the number of insects on your property, frogs and toads will help. Capouellez said 80% of their diet is made up of ants and beetles, but they don’t eat Japanese beetles.

• If you would like to attract toads and frogs to your property, he said you should eliminate using pesticides on your lawn. “If you get rid of their food, they are not going to come.”

Brian Whipkey is the outdoors columnist for USA TODAY Network sites in Pennsylvania. Contact him at [email protected] and sign up for our weekly Go Outdoors PA newsletter email on your website’s homepage under your login name. Follow him on social media @whipkeyoutdoors. 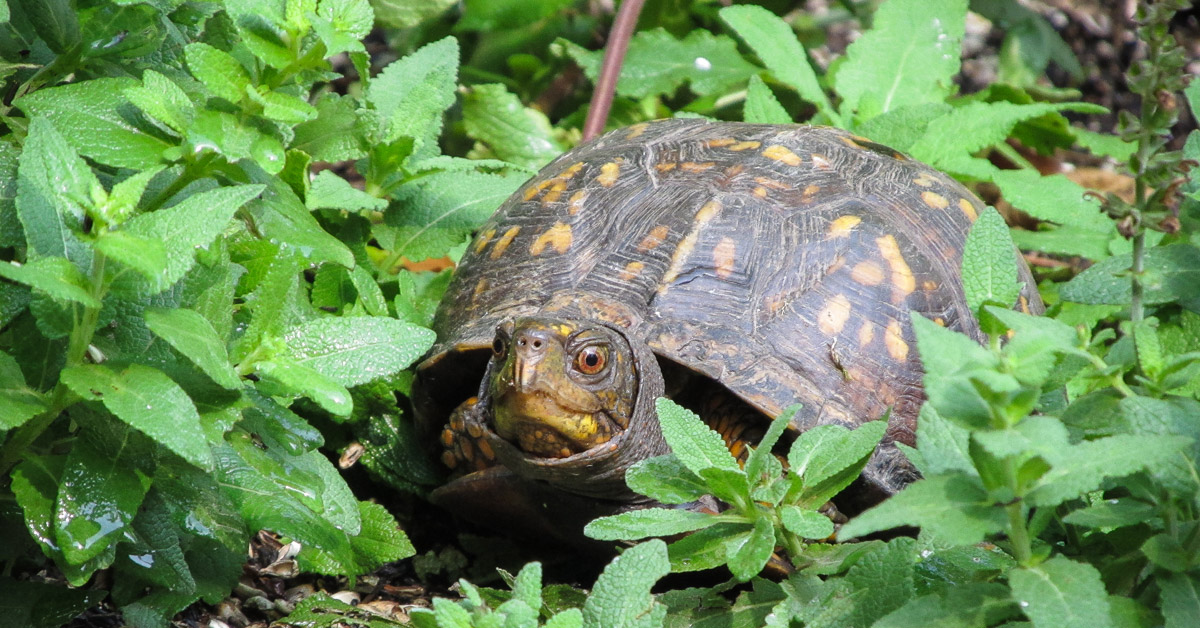 Make Your Back Yard Friendly for Amphibians and Reptiles