KEYSTONE, Iowa (KCRG/Gray News) – Ten families in an Iowa town must get rid of their family dogs after being told to do so by local authorities. The dogs are pit bulls or look like pit bulls.

The Benton County Sheriff’s Office told the dog owners living in Keystone that they had 10 days to find new homes for their pets, according to KCRG. That was on July 22.

MaKinzie Brecht found out her dog Nightmare couldn’t live with her anymore during the course of a normal day.

“My mom told the sheriff where I was,” she said. “He came and spoke to me at my work and let me know that me, along with nine other addresses, were turned in because we had pit bulls or dogs that look like pit bulls.”

Benton County has an ordinance prohibiting dangerous animals; included in the list is “any dog which has the appearances and characteristics of being the breed of Staffordshire Terrier, American Pit Bull Terrier, American Staffordshire Terrier, any other breed commonly known as pit bulls, pit bull dogs or pit bull terriers, or a combination of any of these breeds.” The ordinance dates from March 21, 2000.

According to Preston Moore, Iowa state director for the Humane Society, the Benton County ordinance is “one of the most vague.”

“It doesn’t actually necessarily say a dog has to be proven to be a quote unquote pit bull,” Moore said. “In Benton County, a dog just has to have some characteristics of those dogs. And then a very arbitrary process can take place where somebody can determine this dog happens to look like, sort of, one of these dogs, so it’s not allowed.”

Gabby Gormley is one of the Keystone dog-owners who was told to get rid of her pet because of how it looks.

Gormley told a representative of the Benton County Sheriff’s Office over the phone that her dog has vet paperwork that says she’s a Boxer Lab mix.

“And he said unfortunately, that doesn’t really make a difference because she resembles a pit bull,” she said.

Gormley said what many dog-owners might say: that her pet is a family member.

“I had a miscarriage and she was literally one of the only things that got me out of bed,” she said.

Gormley thinks the ordinance will stop growth in Keystone by deterring pet owners from living or moving there.

Gormley has a plan to send her pet to her in-laws’ house.

“People hear the word ‘pit bull’ and they think of dog fighting and aggressive,” said Gormley. “They don’t think of a dog who loves Goldfish and marshmallows and her big red ball. She just wants to be loved on.”

Brecht, however, said, she has “no idea what I’m going to do with my dog” at this point. 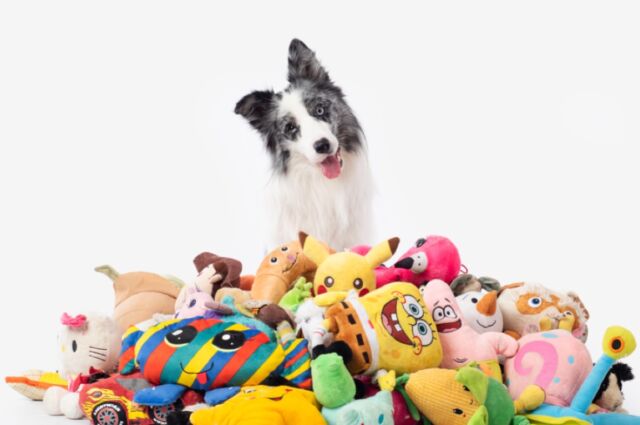 Study sheds light on how dogs recognize their favorite toys